Twitter is always great for the latest information on the Microsoft stack. But it is also great for inspiration from the community. Lately I have been following John Liu his Flow hacks. His tweet inspired me to create an at mention channel Flow example.

One of the things which was challenging in Flow was the use of the Microsoft Teams post message action. I have been struggling with this action to use for more advanced things like at-mentioning.

at-mentions isn’t possible with the current post message, but can be done since the update to MSGraph API (ex 2) https://t.co/St6VzxgHtt

call this with HTTP with AzureAD premium action pic.twitter.com/VGNTn3zCzj

My first attempt was of course to test his solution, which worked great. After that I wanted to try something different. I created a Flow which at-mentions the whole channel.

The Flow will use a manual trigger. After that the Flow initializes three variables. 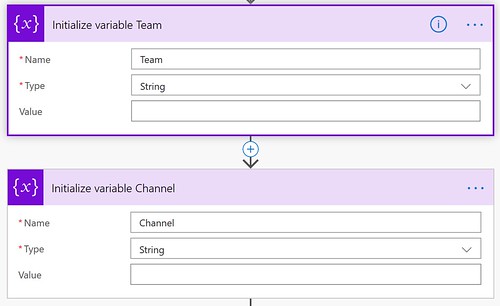 Just like in John his example I am using the Invoke an HTTP request. This invoke HTTP request uses the ChannelPostUrl variable. 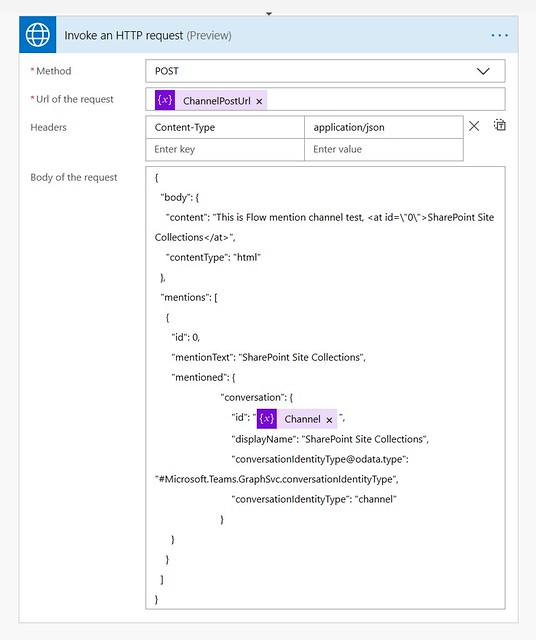 The only difference is that the body of the post request.

While testing with the body of this request I was wondering if I could also make a message important. I know it is not directly related but it has a similar markup style in Microsoft Teams.

It is very easy. Just set the importance attribute to high.