How to remove a To Do reminder

This time a short blog about Microsoft To Do. I will show you how you can update the reminder of a To Do task via a Power Automate flow. In this example I will remove the reminder of the task.

This question from PoohBear:

I am trying to remove a Microsoft To Do “reminder date” so it no longer has one. If I use “null” it does not update the field to blank. If I use ” “, it does not recognize this as a valid date/time. 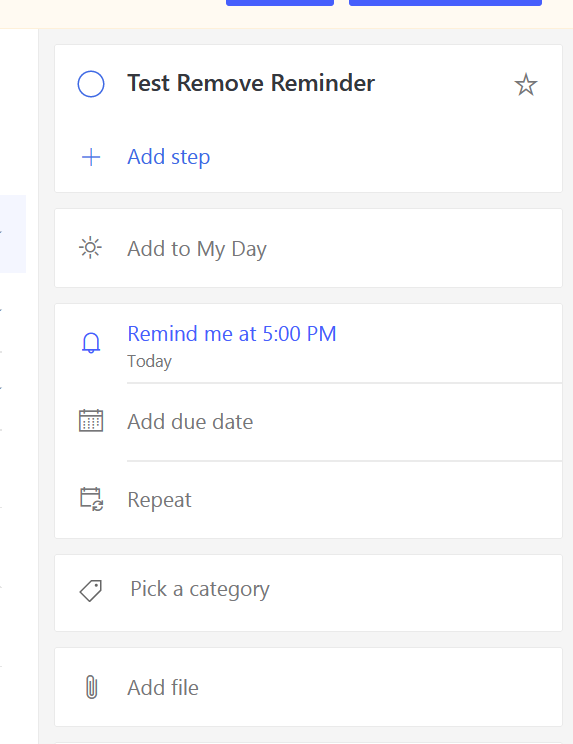 Like mentioned in the Power Users thread the Update To Do (v2) action from the Microsoft To-Do connector was not accepting null values. Luckily I found a workaround, the Microsoft Graph API and specifically the Update todoTask method.

Within the method you can set the IsReminderOn and ReminderDateTime properties.

Heads-up before you start building: this flow uses the Invoke an HTTP request action. This is a premium action which might require you to buy an additional license. 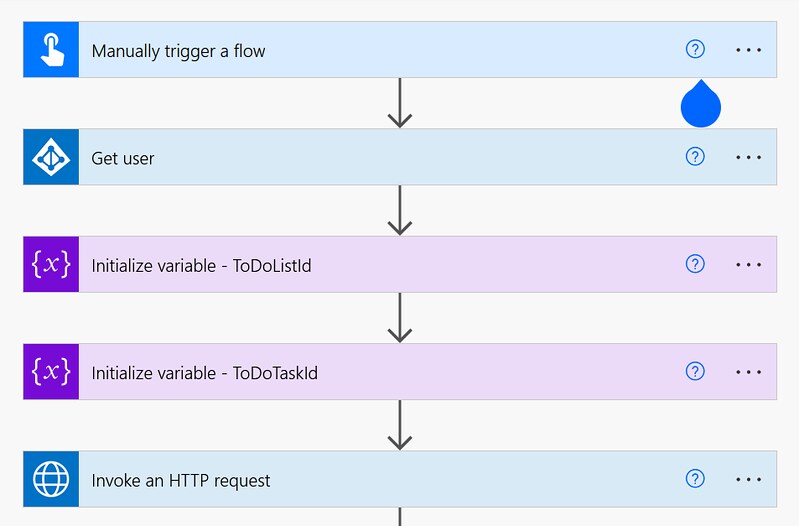 2. Add a Get User action. Input it with the user principal name of the user owning the To Do list.

3. Add two Initialize variable actions. Below is a table with the name, type and value for each of the variables. 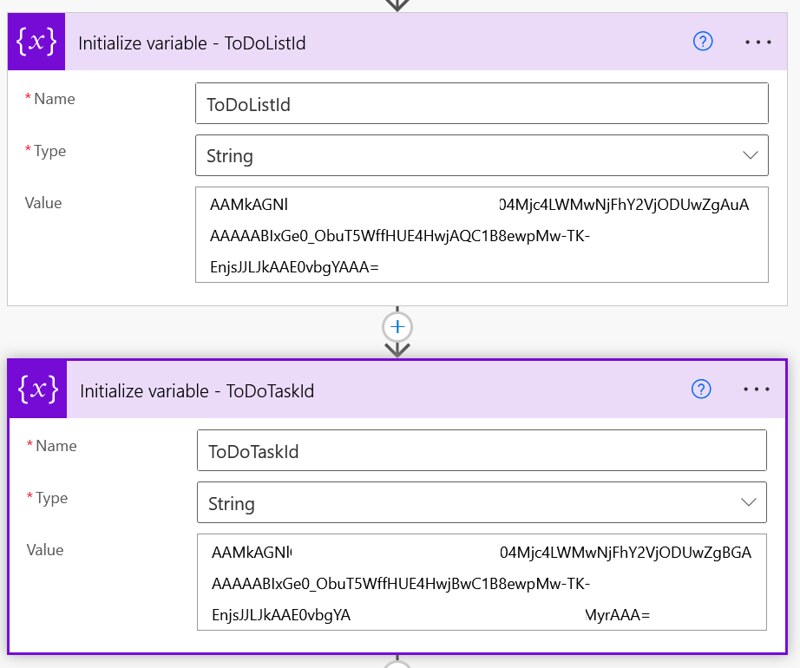 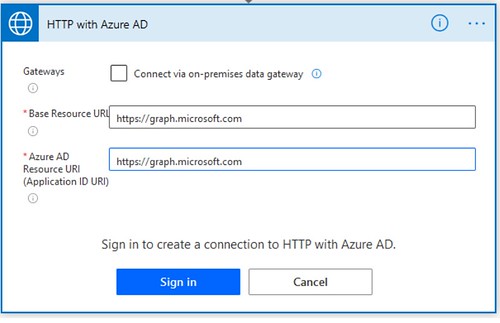 5. For the configuration of the Invoke an HTTP request action use a PATCH request and the url, headers and body from below in the code snippet. 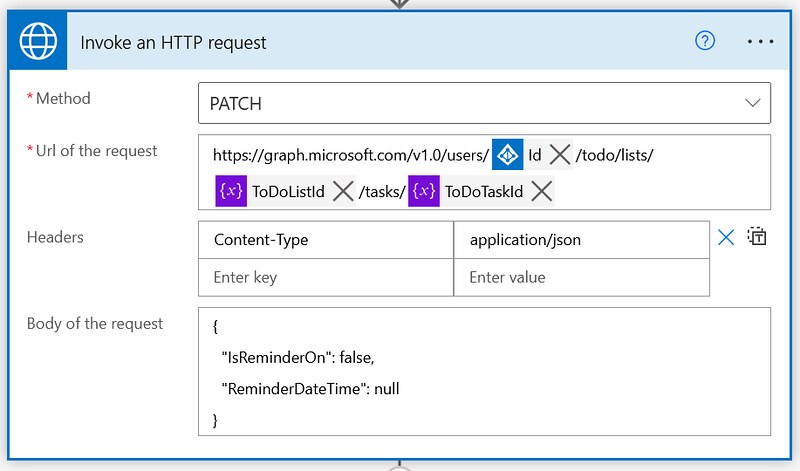 When running this for our Test Remove Reminder To Do task shown earlier you should see the following result. 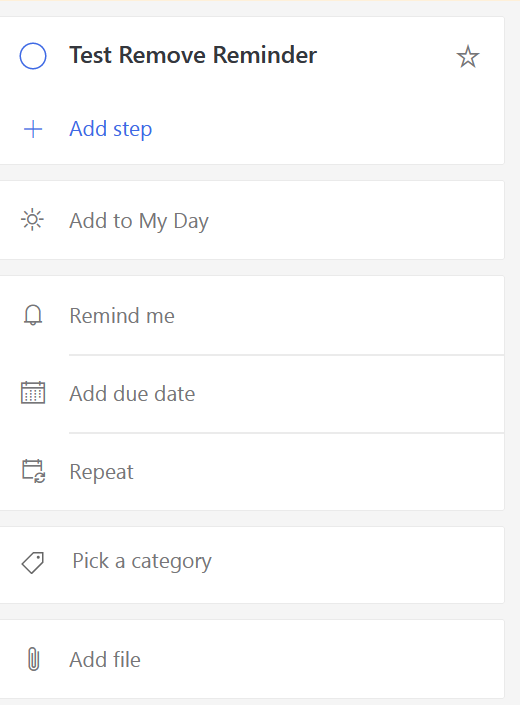